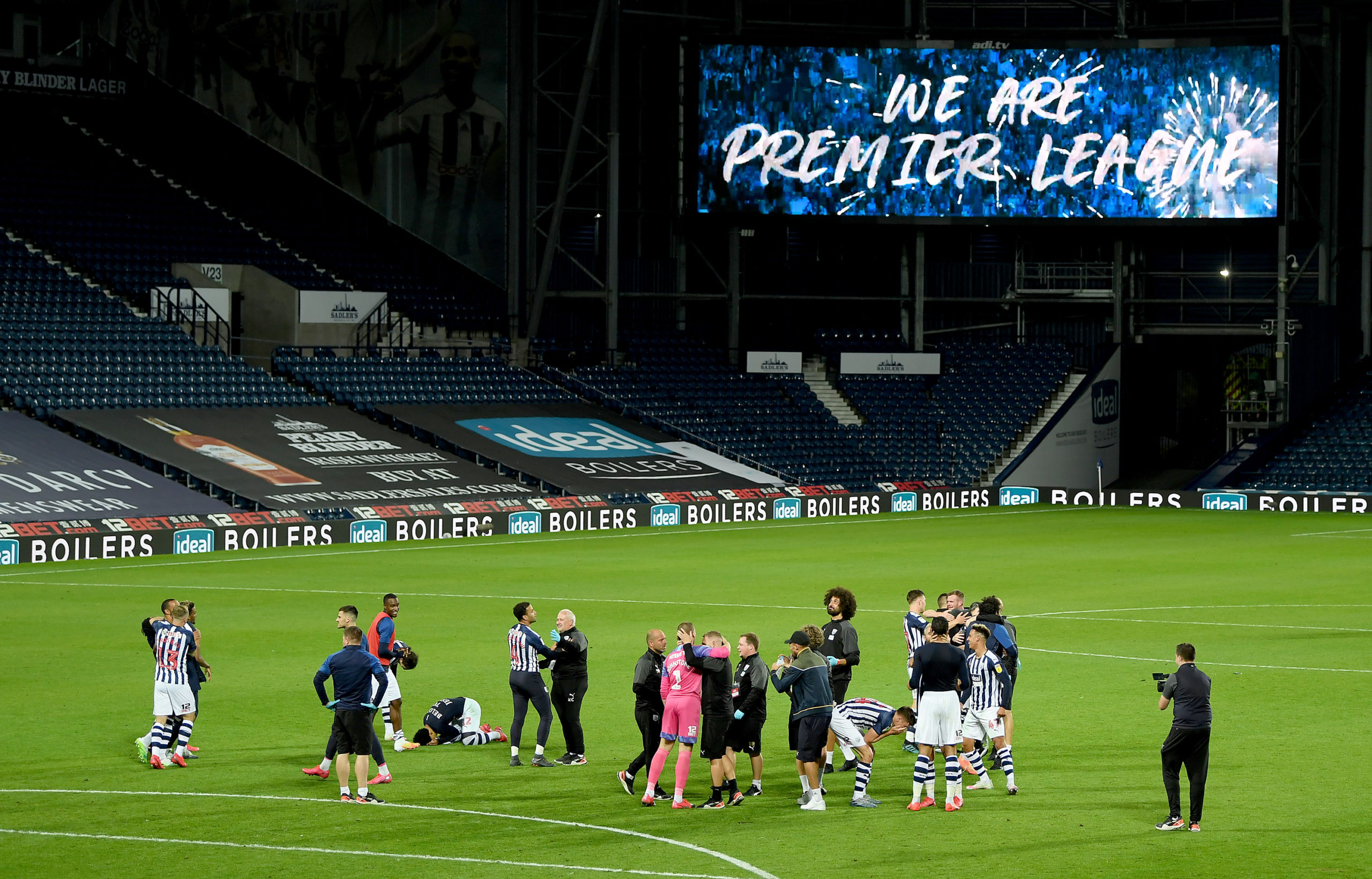 West Bromwich Albion secured their return back to the Premier League following their 2-2 draw against Queens Parks Rangers in the final game of the campaign.

The Baggies went into the game with a one-point advantage over third-placed Brentford while they had a three-point lead over Steve Parker’s Fulham.

Ryan Manning put the Rangers upfront at the Hawthorns in the 34th-minute mark, but the Baggies managed to level the scores before the break through on-loan attacker Grady Diangana.

Shortly after the interval, Callum Robinson, another loan recruit, gave the Baggies a 2-1 lead, but their advantage only lasted until the hour mark when Eberechi Eze put the Rangers back on level terms.

Slaven Bilic’s side were unable to score the winning goal over the remainder of the game, but they managed to grab the second automatic promotion berth after Brentford failed to capitalise again.

The Bees only needed draw during the penultimate matchday against Stoke City to move into the second spot, but they squandered the chance as they suffered a 1-0 defeat after previously winning eight games on the trot.

The same was the case in the final match of their regular season as they succumbed to a 2-1 loss to Barnsley, who scored a 91st-minute winner to preserve their Championship status.

The Tykes are, however, facing an anxious wait to know whether they are safe, considering Wigan Athletic can appeal their 12-point deduction and the anticipated delay in the verdict could see them relegated.

Meanwhile, Brentford will have a second chance at promotion through the play-offs. They are scheduled to face Swansea City during their double-legged semi-final while Fulham will take on Cardiff City in the other.

The final will be held on August 4 at the Wembley Stadium. It remains to be seen whether the west London outfit are able to make a comeback to the top-flight after more than seven decades.