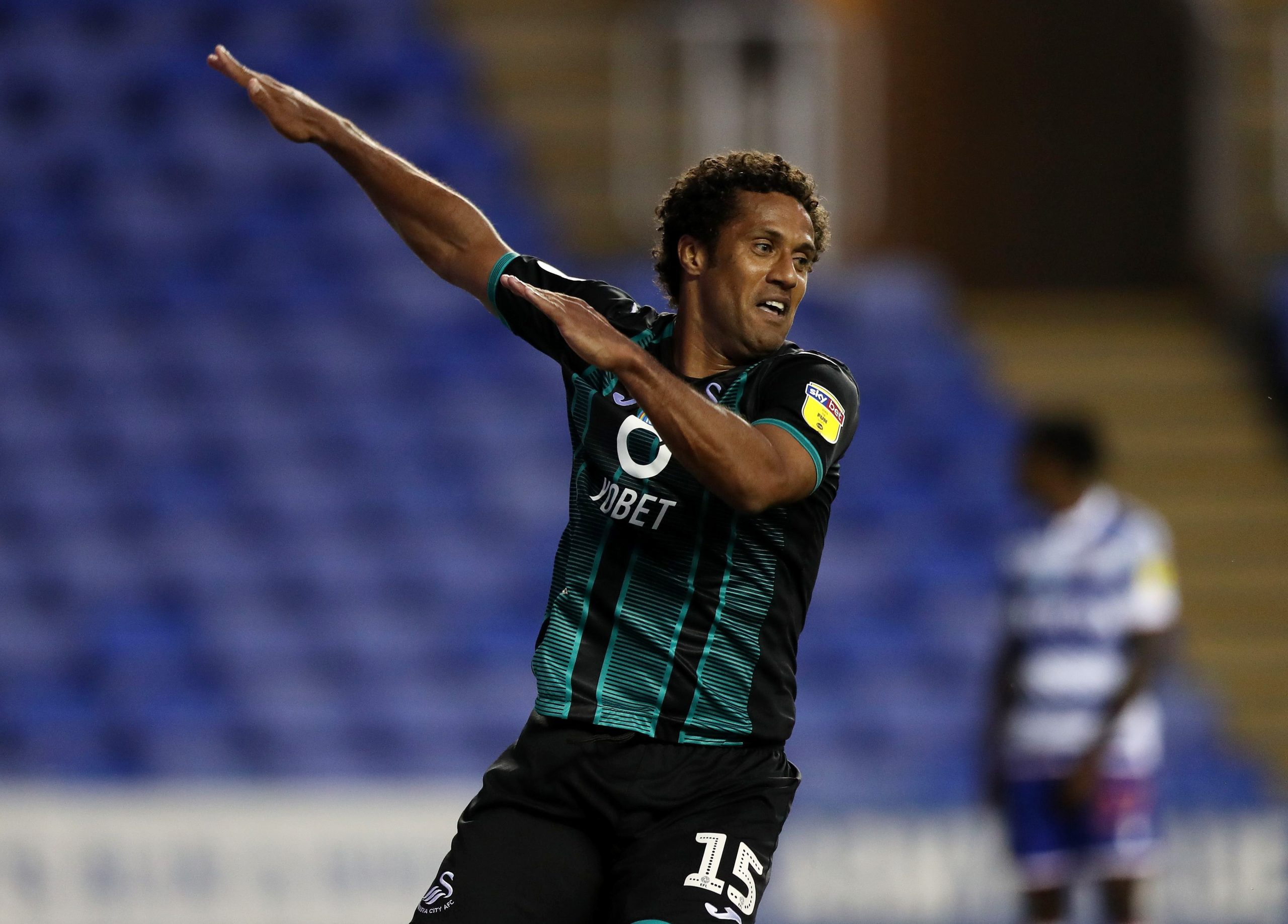 Steve Cooper hailed Swansea City “legend” Wayne Routledge after the winger’ scored twice after coming on at halftime to secure Swansea’s place in the playoffs.

With Swansea chasing goals late on to try and catch Forest, it was Routledge who headed home at the far post to put them into the top six in stoppage time against Reading.

That goal made it 4-1 to the Swans, while Stoke would go on to score a fourth to win by the same scoreline against Nottingham Forest at the City Ground.

It ensured Cooper’s team jumped up over the Reds to finish sixth and set-up a play-off semi-final against Brentford- who just lost out on automatic promotion to West Brom by losing at home to Barnsley.

Routledge had earlier restored Swansea’s lead after a George Puscas penalty had cancelled out Rhian Brewster’s stunning strike, while Liam Cullen scored his first senior goal for the club.

It was a night of incredible drama across the whole of the Championship. but Cooper praises Wayne Routledge who has over 280 appearances for the club since joining in 2011.

“His first goal was just typical Wayne,” said Cooper But he can still play, and There is not a training day goes by where he does not do something that makes you go, ‘whoa, that was good’.

“He is a Swansea legend, he is still very focused and he stills loves playing”.

Wayne has always been a vital player for the Swans since he signed back in 2011. After nine seasons playing in the Premier League, Championship and Europa League for the club he has also won the League Cup back in 2013.

Cooper also praised Liam Cullen, as the academy graduate scored his first senior goal for the Swans. A strike which suddenly put the Swans within touching distance of their target.

“I also have to mention Liam Cullen,” said Cooper. “He is an academy graduate, he has scored a load of goals coming through the ranks, he is a local boy and it’s great for him to get his first goal in a game like that, because that was a good finish.”

This was a magical night for Swansea and one that no one could have even imagined would happen. The odds were well and truly against them. The footballing gods were looking down on Swansea last night and the goal of Premier League football is just three games away.

Swansea fans, what is your take on last nights game? Let us know. As a Swansea fan myself I’m still in shock we made it into the playoffs.