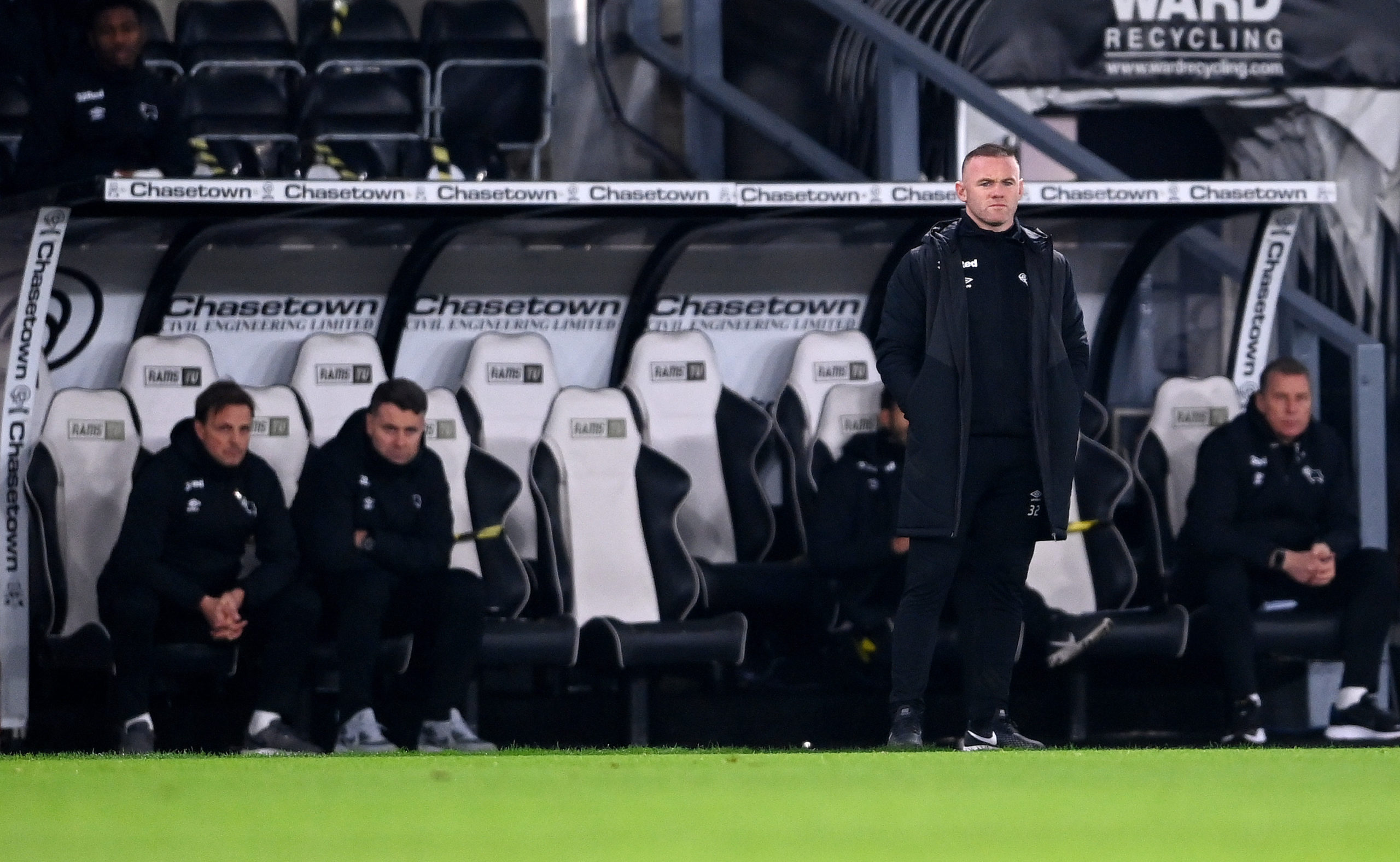 Derby County’s interim manager Wayne Rooney is confident that the club will avoid relegation from the Championship come the end of the campaign.

The Rams have experienced a turbulent 2020/21 season and they are currently languishing in the 22nd position after 20 games played.

Earlier this term, the club parted ways with manager Phillip Cocu after they managed just one victory from their opening 11 games of the campaign.

Rooney, Liam Rosenior, Shay Given and Justin Walker jointly handed the managerial duties for the next couple of games before the former Manchester United striker was named as the sole caretaker.

Since then, the club have seen an uptrend in league form with two wins, four draws and just one defeat from the next seven matches and they are now within goal difference of safety.

Hence, the Rams are definitely looking on the up and Rooney has sent out a defiant message by stating that the club won’t be lying in the bottom three at the end of the season.

“We won’t be there (in the bottom three) at the end of the season.  Of course we want to bring in a few players in January, but I am confident in this group of players. I wouldn’t make that statement if I didn’t feel we would get out of it,” He told Derby Telegraph.

Rooney recently helped Derby build a six-match unbeaten run before the Boxing Day defeat to Preston North End. The club were down to 10 men after just 20 minutes after Martyn Waghorn’s sending off.

They managed to produce a strong defensive resolve, but suffered heartbreak at the end as Alan Browne scored a dramatic winner for Preston in the sixth minute of second-half stoppage time.

Rooney described the performance as the best of the season and the club have the chance to jump out of the drop zone for the first time this term when they face Birmingham City on the road on Tuesday.

The Blues have fallen off over the past few months and are currently on a four-match winless streak. The west Midlands outfit recently arrested a three-match losing run with a goalless draw at Nottingham Forest.