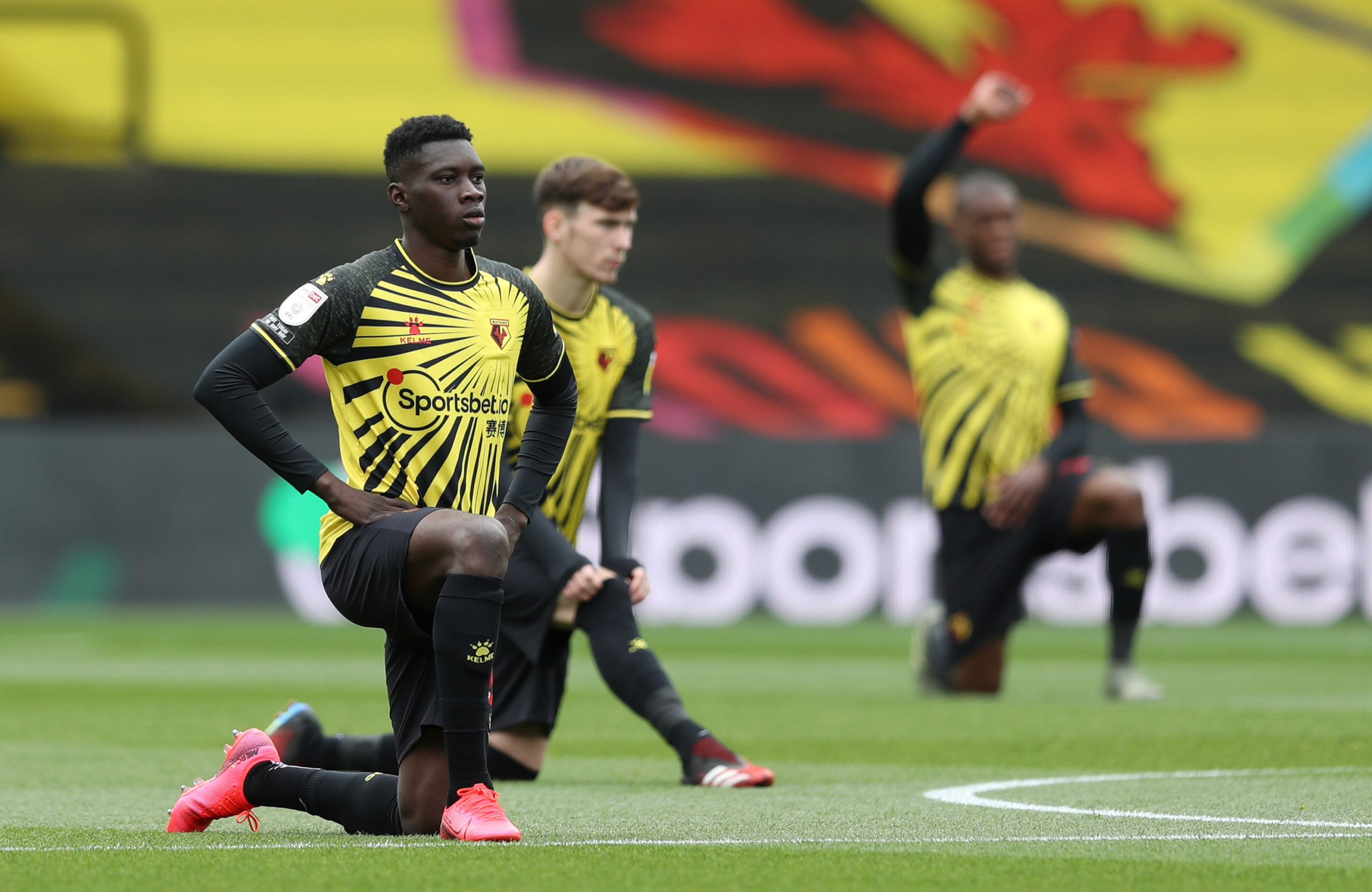 Watford forward Ismaila Sarr has the subject of an enquiry from Manchester United, who are looking to strengthen the right-wing position during the ongoing transfer window.

The Senegal international joined the Hornets from Rennes last summer for a reported fee of around £25m and he had a good debut season with five goals and six assists in the Premier League.

Despite his efforts, the Hornets were unable to beat the drop and since their relegation, he has been linked with a potential return to the top-flight with the likes of Aston Villa and Liverpool.

It is now revealed that the Red Devils have made an enquiry about Sarr, having been unable to strike an agreement to sign top target Jadon Sancho from Borussia Dortmund.

Sancho has been the club’s prime target to bolster the right-wing position for a number of months, but a deal has failed to materialise with Dortmund reluctant to lower their £108m price tag.

The Red Devils have just one week before the international transfer window and as things stand, it appears unlikely that they will secure the signature of Sancho.

Hence, they are on the search for alternatives and Sarr has reportedly emerged as an option. However, the club are only looking into a possible loan deal and that may not suit the Hornets.

Sarr has nearly four years remaining on his contract with the Hornets and it is reported that the Championship outfit are only looking at his permanent sale for around £40m.

The international transfer window closes on October 5, but there is an additional domestic window until October 16, where Premier League sides can only trade with EFL clubs.

As such, there is still plenty of time for Watford to make a decision over Sarr’s future and it remains to be seen where his future lies when footballing action returns after the next international break.