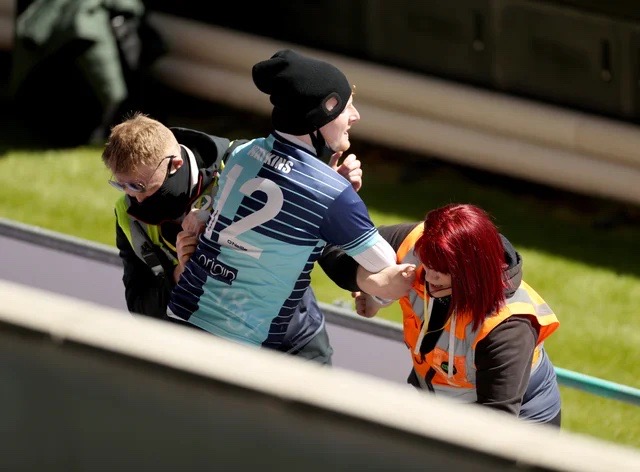 Referee Keith Stroud stopped the game after a Wycombe attack in the dying minutes and came across to the halfway line to summon the club’s head of security.

A Wycombe Wanderers supporter gained entry to the Liberty Stadium during the game before being apprehended by stadium security staff, said a club spokesman.

“South Wales Police swiftly dealt with the person involved and he was ejected from the premises. While this is very much an isolated incident, the club will continue to monitor all areas of security on a match day.”

Moments earlier, after Swansea’s second goal from Liam Cullen in the 82nd minute, Stroud had ordered a ballboy to get behind the advertising barriers when he spotted the Wycombe fan behind the goal that they were attacking second half.