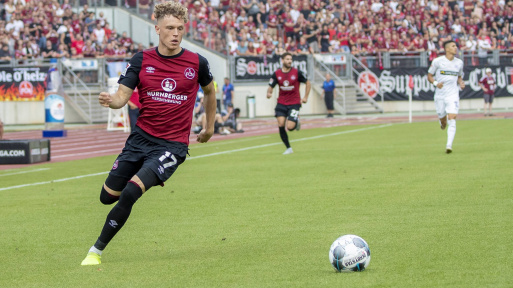 Brentford have identified a couple of new players to look at should Said Benrahma leave the club. Roman Curtis is the first of those to be considered by the Bees.

Manager Thomas Frank had identified the Irishman as a player who could help fill the void left by Benrahma should the host of Premier League clubs keeping tabs on his progress make a concrete offer.

The £25m-rated forward has been linked with the likes of Chelsea, Aston Villa and West Ham but remains at Griffin Park as Brentford prepare for another season in the Championship..

And according to Sky, Nuremburg’s Robin Hack has now emerged as Frank’s number-one target.

The 21-year-old scored 10 goals in 31 appearances for his current side last season as they finished 16th in the table.

He scored 14 goals and created 12 others last season and was named in EFL on Quest’s League One team of the season.

Brentford fans, what do you think.

Brentford move within one point of automatic promotion, extend Leeds United’s title wait
Championship Predictions 2020/21 – who’s going up and which three teams to go down?