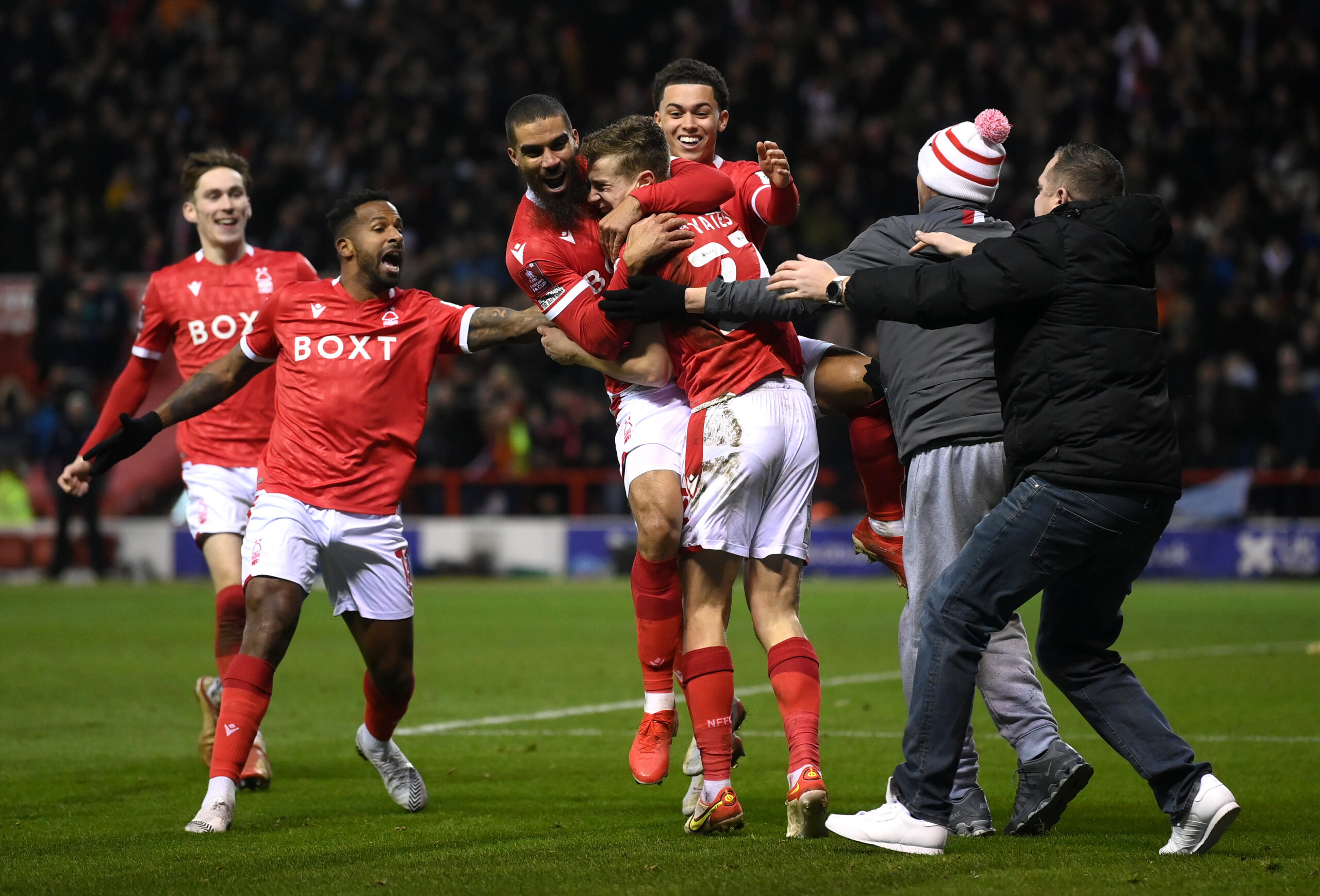 Nottingham Forest pulled off a massive upset on Sunday, overcoming Premier League powerhouse Arsenal in the FA Cup third round.

Lewis Grabban’s 83rd-minute goal fired the Tricky Trees to a hard-fought 1-0 win at the City Ground, reminding the Gunners fans of the events that took place in January 2018.

Like it was the case today, Forest progressed from the FA Cup third round at the expense of Arsenal three years ago, courtesy of a 4-2 thrashing at this same venue.

Despite struggling for form in the Championship, Steve Cooper’s men put on a top-class performance to dispatch Mikel Arteta’s side from the competition.

After overseeing his side fail to attempt a single shot on target throughout 90 minutes of play, the Spanish manager lashed out at Arsenal’s underwhelming display in West Bridgford.

“We were not good enough and we have to apologise for it,” Arsenal manager Arteta told ITV, as relayed by Sky Sports.

“I don’t want to use excuses, I expect the team I put out to do better and when you don’t in the cup you are out.

“Today showed we were not capable of winning against Forest away from home and didn’t put in the level to win the game. It’s a collective issue and today we have not done it.

“What we have done today is nowhere near the level and standards that are required.”

A stunning FA Cup success came at an opportune moment for Forest, who headed into proceedings on the back of consecutive Championship defeats without scoring.

But despite their indifferent form of late, they have experienced a noticeable improvement under Cooper’s tutelage.

Since taking charge of the team in September, the 42-year-old has turned last season’s relegation-battling side into legitimate top-half candidates this term.

Forest’s unexpected victory over Arsenal could lay the foundations for a more consistent second half of the season as Cooper’s men aim for the Championship play-off finish.

The Reds are currently ninth in the league table, six points adrift of the last play-off spot, but with the entire second half of the season left, there is enough time to bridge the gap.