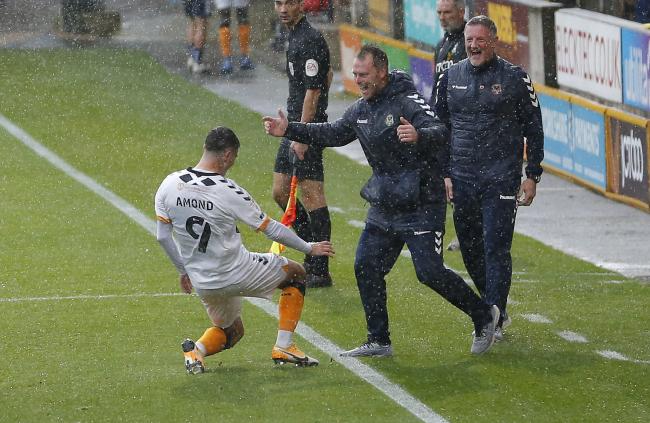 What a week for Newport County who went top in League Two with a fine win at Bradford City after a win against Stevenage in the week this was a fine start for the South Wales club.

Mickey Demetriou gave Newport the perfect start within the first minute when the ball fell to him on the edge of the area and he crashed home.

Padraig Amond doubled the lead just before half-time moments after coming on for the injured Saikou Janneh, curling in a right-foot shot.

Newport took all three points and moved 2 points clear of second placed Cambridge who were held to a 1-1 draw at home to Bolton Wanderers.

It remains to be seen if Newport can carry their good form on. They have two home games in a row coming up against Colchester United and newly promoted Harrogate Town. But, in Newport’s best ever start to a season anything is possible and with a good manager in Micky Flynn they have a good chance of continuing this run of good results.

However, manager isn’t getting carried away with the clubs start to the season as speaking to the press after the match he said;

“What I would rather now is the best finish in the club’s history,” said Flynn. “It’s just a start and there is a long way to go with 38 games left.

“I am not getting carried away at all. We dust ourselves down, we are back in Monday and have a tough game against Colchester on Tuesday.

As a Swansea fan myself I always keep an eye out for Newport’s results so I’m happy to see them continue their good form and long may it continue.