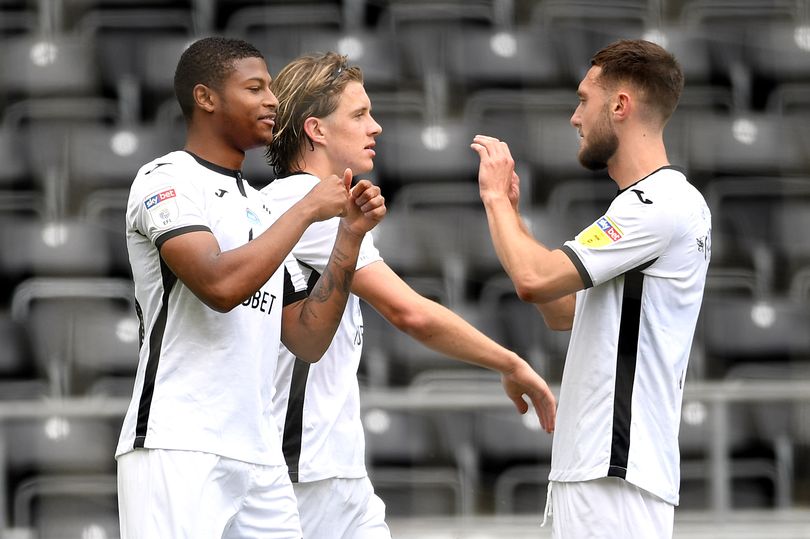 The 20-year-old took his tally to eight goals in 16 appearances for Swansea with his strike in 3-1 win against Birmingham at St Andrew’s Trillion Trophy Stadium on Wednesday night.

Brewster is set to be the main striker for Swansea again tomorrow when they look to get a shock win against league leaders Leeds on Sunday afternoon.

And Prutton says Leeds must do all what they can to stop Brewster from adding to his tally.

“Leeds go to Swansea tomorrow and Liverpool loanee Rhian Brewster is a player that Leeds have got to keep an eye on. Since arriving in January he has been hugely influential,” he wrote in his column for the Yorkshire Evening Post.

Brewster along with fellow loanee Conor Gallagher have had a big influence on Swansea since January and a win tomorrow would see the Swans jump into 6th place.