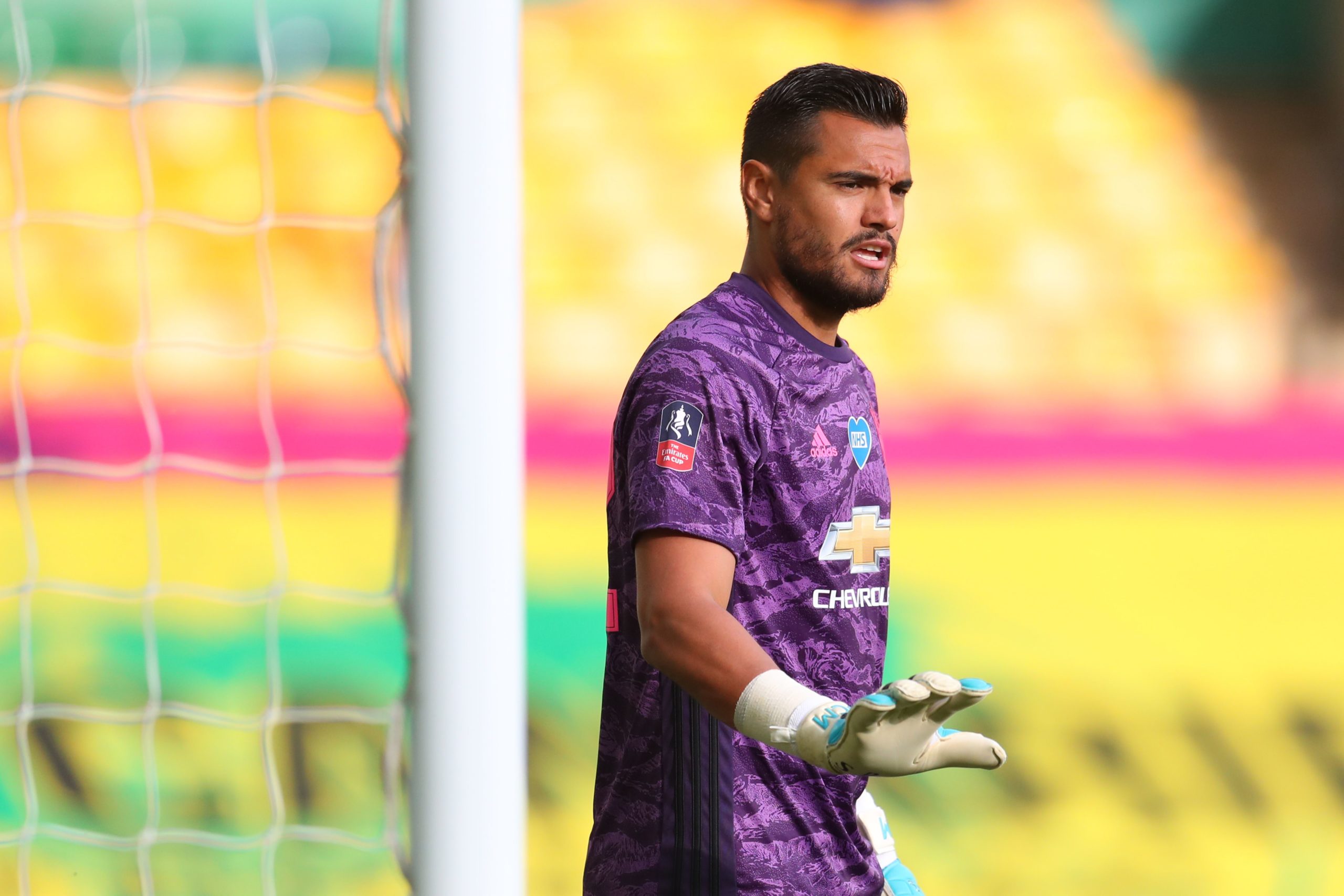 According to ESPN, Leeds United are looking into a summer move for Manchester United goalkeeper Sergio Romero following their promotion to the Premier League.

The west Yorkshire outfit recently sealed their returned to the top-flight after a 16-year hiatus as they were deservedly crowned winners of the Championship.

The club have already turned the loan deals of Helder Costa and Illan Meslier into permanent contracts and they are likely to make several more signings before the 2020/21 season begins in September.

Kiko Casilla was the club’s first-choice goalkeeper for most of the promotion-winning campaign until February when he was banned for eight games due to racial abuse.

In his place, Meslier did a credible job between the sticks with seven clean sheets from his 10 league appearances and he has now put pen-to-paper on a three-year contract after his permanent switch from Lorient.

Despite his glowing performances, Leeds are looking into an experienced head, who could start for them in goal in their long-awaited Premier League return and Romero is reportedly the prime target on their radar.

The Argentine has been with Manchester United since the summer of 2015 when he made the Bosman move from Sampdoria, but he has never got the chance to become the first-choice due to David de Gea’s presence.

De Gea has been culpable to a number of high-profile mistakes over the past couple of years, but Romero has still remained the back-up option for the Mancunian giants.

Romero has made 59 appearances for the Red Devils over the past six years, but out of those, only seven of them have come in the Premier League, where he has kept an impressive six clean sheets.

He is understood to be considering his future with the club amid Ole Gunnar Solskjaer’s reluctance to drop De Gea and it remains to be seen whether Leeds can lure him with the assurance of regular playing time.

With Meslier’s progress, there has been the suggestion that Casilla could head for the exit door this summer and that could pave the way for the young Frenchman to act as the deputy to Romero.

Leeds could, however, face competition for the Argentina international, given Everton are also considering his signature as they seek to provide competition to Jordan Pickford for the number one role.