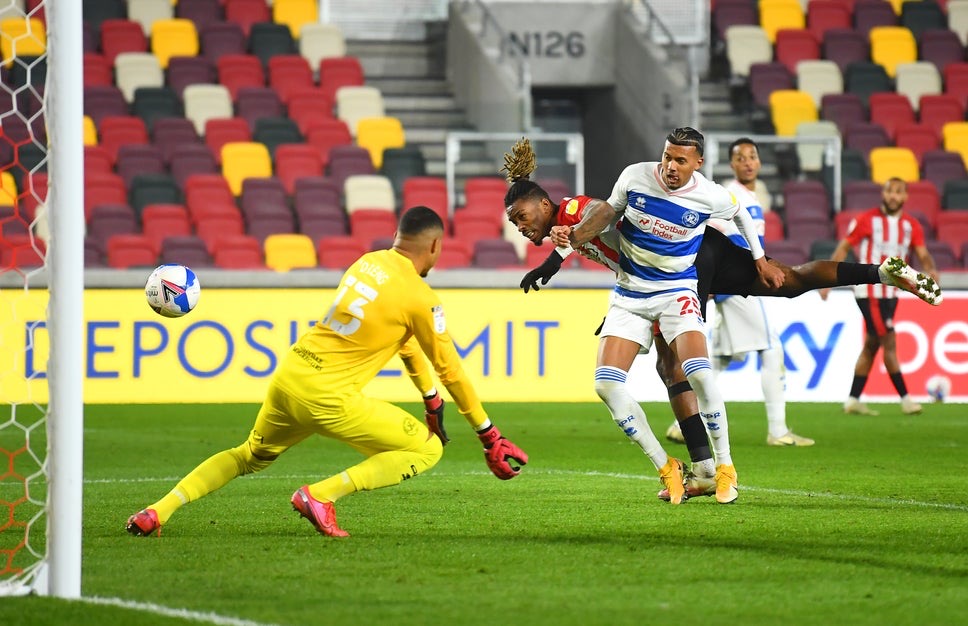 Vitaly Janelt scored his first goal for Brentford and Ivan Toney his 12th of the season as Brentford claimed the spoils in the West London derby.

Brentford took an early lead with a superb Vitaly Janelt strike from 25 yards before Lyndon Dykes gave QPR some hope with an equaliser midway through the first half.

But Ivan Toney’s glancing near-post header just after the hour mark proved to be the games winning moment and when Todd Kane saw red for a second booking late on, Brentford easily saw out the win to get all three points.

However, the game could have been different if the referee had given Mads Sørensen a red card after he shoved over Dykes, who would have been through on goal. It was a decision that R’s boss Mark Warburton called a game changing one.

“For the first incident our player was there, and it was last man,” Warburton said.

“There’s no other decision to give other than a sending-off. That’s one of the easiest calls and it’s changed the course of the game.”

He said Kane’s red card came after Marcus Forss and the Brentford bench “shouted loudest”, adding: “We are leaving here with nothing courtesy of some very questionable decisions

Defeat for QPR means they have lost 19 of their 20 games played on a Friday night, While Brentford are up to 4th in the league ahead of this weekends matches.

QPR and Brentford fans, we want to hear from you. Let us know your thoughts on the derby match below.

QPR boss says fixture pile up is causing standards to slip
Championship Preview: How will Brentford, Norwich and Swansea fare this weekend