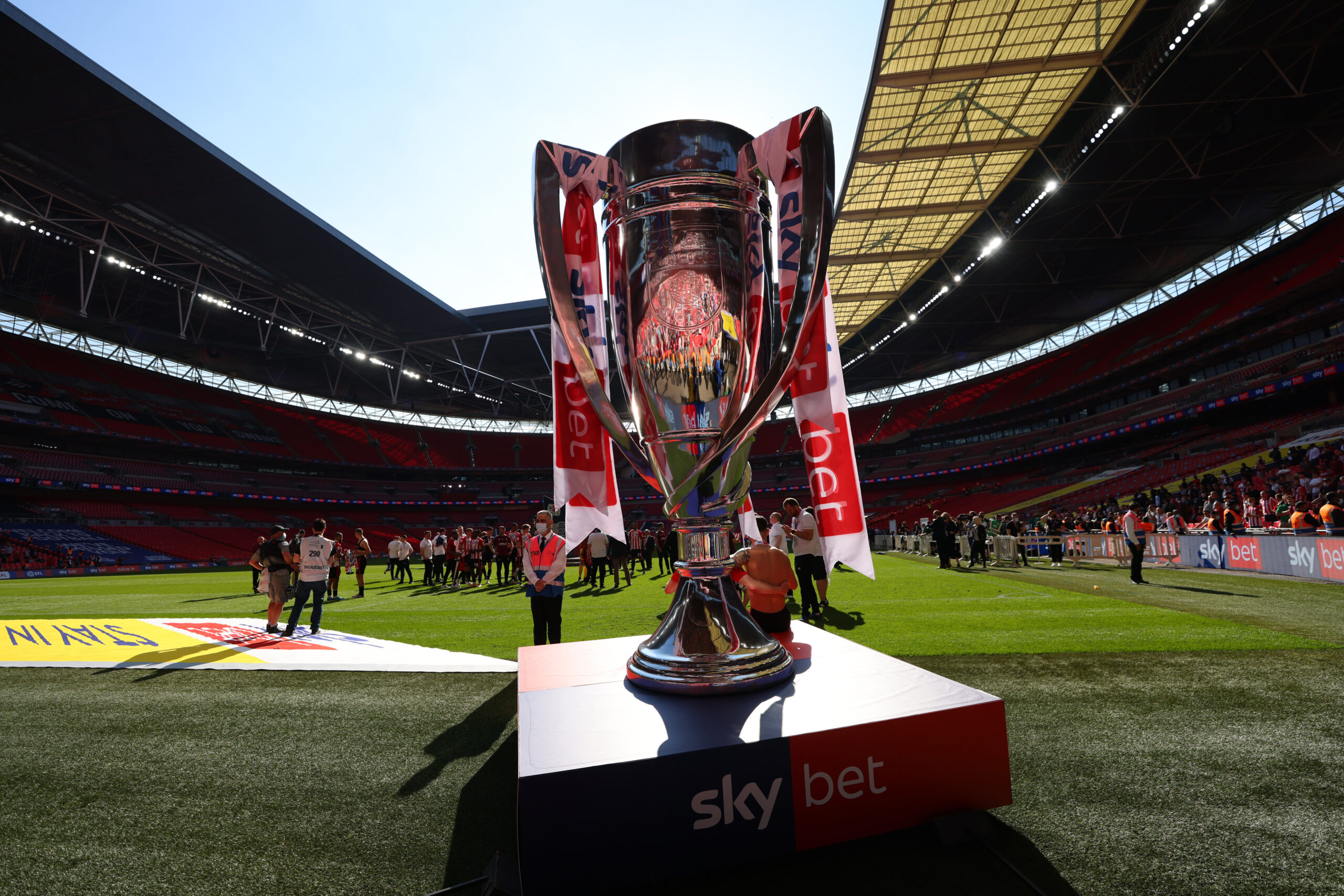 Huddersfield Town and Nottingham Forest battle it out for a place in the Premier League in Sunday’s Sky Bet Championship play-off final at Wembley Stadium.

The 2021/22 Championship season has reached its climax as Huddersfield and Nottingham meet in the Wembley showpiece, often described as the ‘richest game in football.’

Despite tasting the play-off final as recently as 2016/17 and top-flight action between 2017/18 and 2018/19, the Terriers head into proceedings as underdogs.

Led by charismatic Carlos Corberan, Huddersfield have established themselves as the division’s surprise package, claiming a third-place finish only a season after finishing 20th.

Meanwhile, Forest have developed from warm relegation candidates into Premier League hopefuls on the back of Steve Cooper’s arrival at the helm in September 2021.

The 42-year-old manager has turned the bottom-half strugglers into one of the best-performing Championship sides, with the Tricky Trees going from a 17th-placed finish in 2020/21 to finishing fourth this term.

Promotion to the Premier League, followed by a ten-fold boost in TV revenue, is at stake as Wembley hosts another mammoth encounter, which is available to watch live online via soccer streams.

Huddersfield finished the regular season on a high, going unbeaten in seven Championship matches (W6, D1) before squeezing past Luton Town in the play-off semi-finals.

Following a 1-1 first-leg draw at Kenilworth Road, the Terriers pulled off a hard-fought 1-0 triumph at John Smith’s Stadium.

Though the odds are against them in this fixture, Corberan’s men have proved they can cope with underdog status this season, going unbeaten in 64% of Championship games they started as outsiders (W9, D7, L9).

Since his appointment in September, Forest manager Cooper has racked up an eye-catching 85% unbeaten ratio in Championship matches (W23, D11, L6) to reach his second successive play-offs.

Unlike last season when his Swansea side suffered a heartbreaking 2-0 defeat to Brentford in the Wembley showpiece, Cooper will have his sights firmly set on making it to the Premier League for the first time.

Cooper’s side survived a stern test of character in the play-off semi-finals, as they needed a penalty shoot-out to dispatch a stubborn Sheffield United side.

After staying in the dressing room at half-time of Huddersfield’s first-leg clash against Luton, Ollie Turton faces a race against time to make himself available for the final.

As for Forest, Lewis Grabban and Max Lowe are not in contention due to hamstring and groin problems, respectively, as claimed by the Evening Standard.

Not many matches in world football have as much riding on them as the Championship play-off final, and given what is at stake, we expect a cagey, low-scoring affair.

Forest ran out winners in two of their three competitive meetings with Huddersfield during the regular season (L1), yet the stakes are much higher this time around.

Any mistake could lead to another tormenting year in the second tier, therefore, we expect both sides to take a cautious approach and produce another tense fixture.

Indeed, 11 of the past 20 play-off finals have featured one goal or fewer, and so we believe the penalty shoot-out will determine the final 2022/23 Premier League tenants.