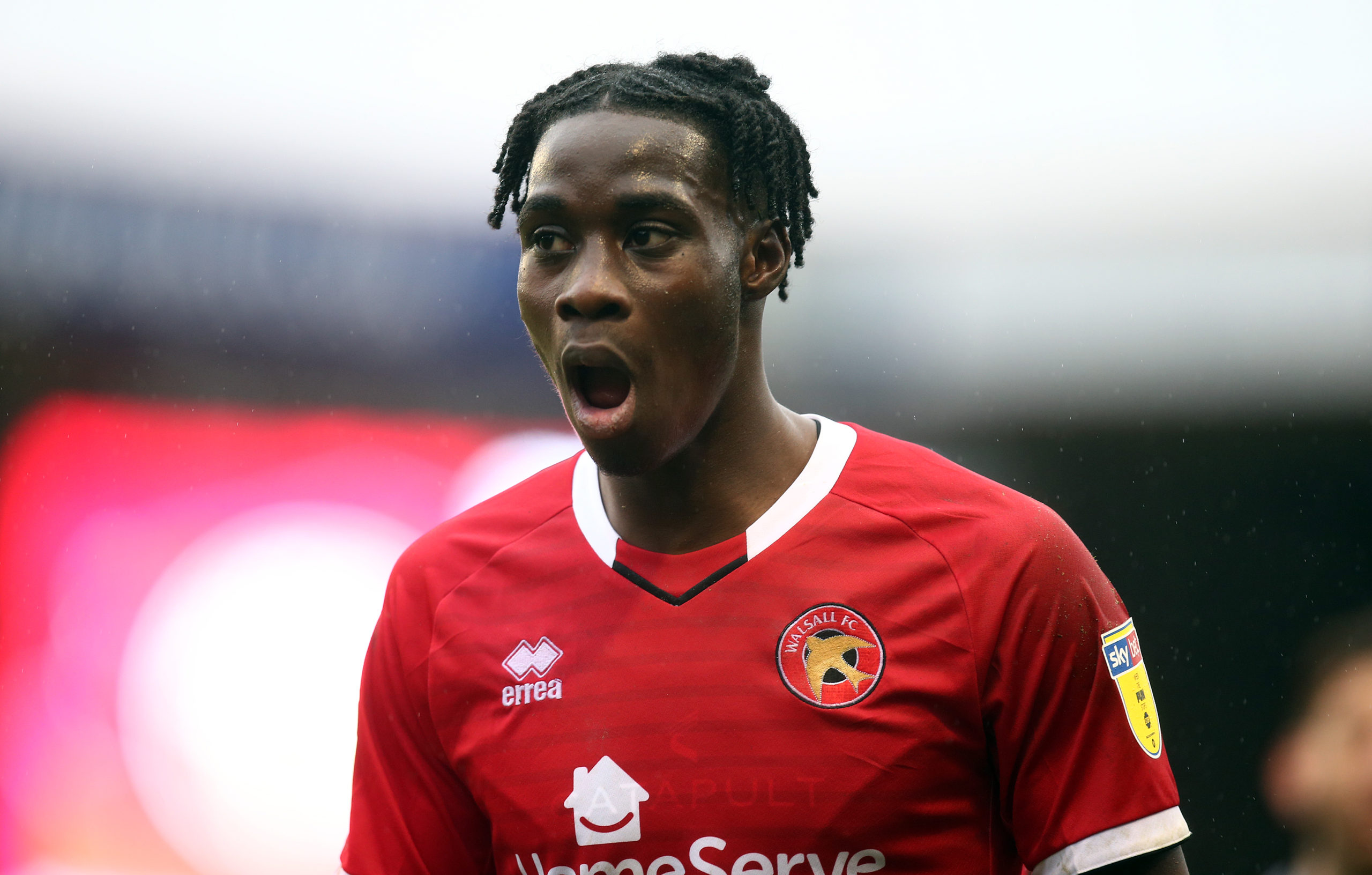 Huddersfield Town have made a bid to sign Walsall striker Elijah Adebayo according to a report from Football Insider.

The report claims that the Terriers have made an offer of around £250,000 for the English striker who has scored 10 league goals for Walsall so far this season.

The Terriers, who are managed by former Leeds assistant coach Carlos Corberan, have lacked attacking firepower so far this season, and the signing of the former Fulham striker could solve their attacking problems.

23-year-old Adebayo came through the ranks at Premier League side Fulham but failed to make an appearance at Craven Cottage, having a handful of loan spells away from the club before before being released in 2019.

The striker then moved to Midlands side Walsall showing all his qualities since, with the 6 foot 4 striker being one of the standout players in League Two so far this season with 10 goals in 25 outings for the Saddlers.

If the report is true and Huddersfield have made a bid for Adebayo, Walsall may feel inclined to accept it due to the pandemic and the ensuing financial crisis that has gripped lower league clubs.

But with only a couple of days left in the transfer window, Huddersfield will need to act fast if they’re to bring Adebayo to West Yorkshire.

There have been a handful of young strikers who have climbed the ladder from League Two in recent seasons such as former Exeter striker Ollie Watkins, who is now delivering some excellent displays in the Premier League for Aston Villa.

The signing would be a sensible one for Huddersfield as it’s low risk with a small transfer fee involved, and the 23-year-old has the goal-scoring prowess to succeed in the Championship.