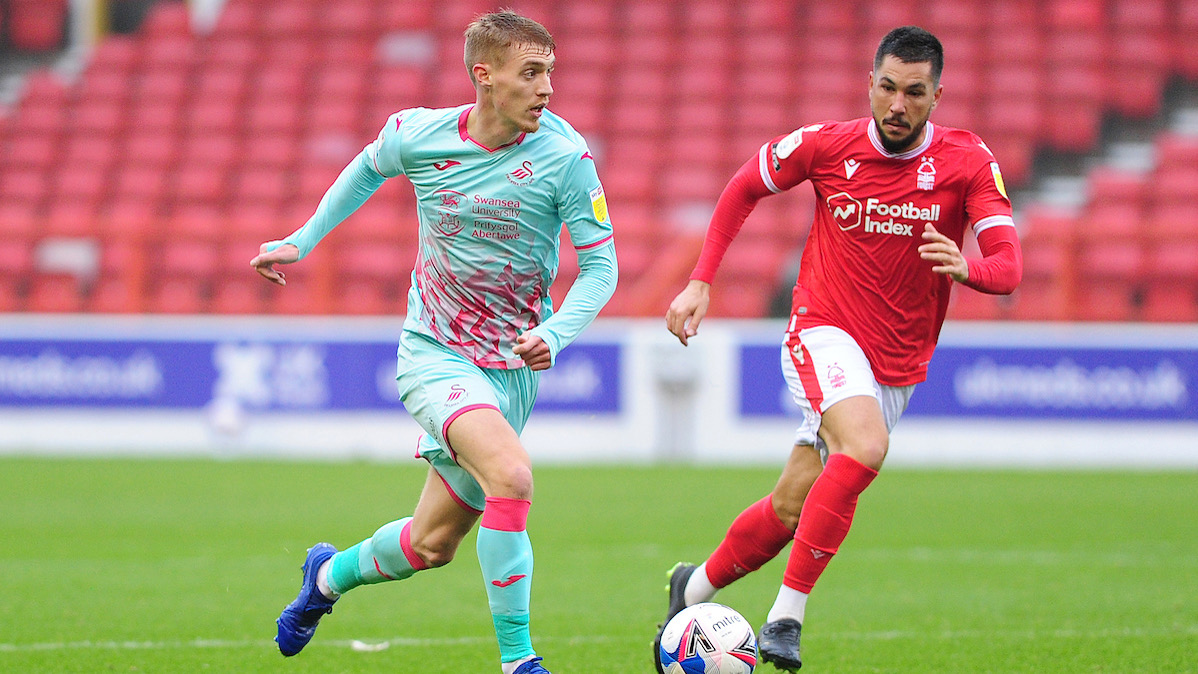 Swansea City midfielder Jay Fulton has signed a contract extension that will keep him with the club until the end of the 2023-24 season as his original contract was due to expire at the end of the current season.

The deal means Fulton is set to bring up a decade of service in Swansea colours, having first joined the club from Falkirk in January of 2014.

Fulton has been in fine form for the club this season and has been key in Swansea’s automatic promotion bid and has been part of a fine midfield three with Korey Smith and club captain Matt Grimes.

He can now go and and hopefully win promotion back to the Premier League where he did play a handful of games earlier on in his Swansea days.

Steve Cooper is clearly delighted with the news saying “For me, Jay is in really good form, and his contribution so far this season,” said head coach Steve Cooper.

“We’re only halfway so we’re only looking forward but, I’ve got to tell you, I think he’s contributed an awful lot this season.

“I can’t tell you how professional he is. He’s the ultimate team player or squad member if you like. He’s always put everything else before him, a selfless individual.

“Swansea is very important to him”