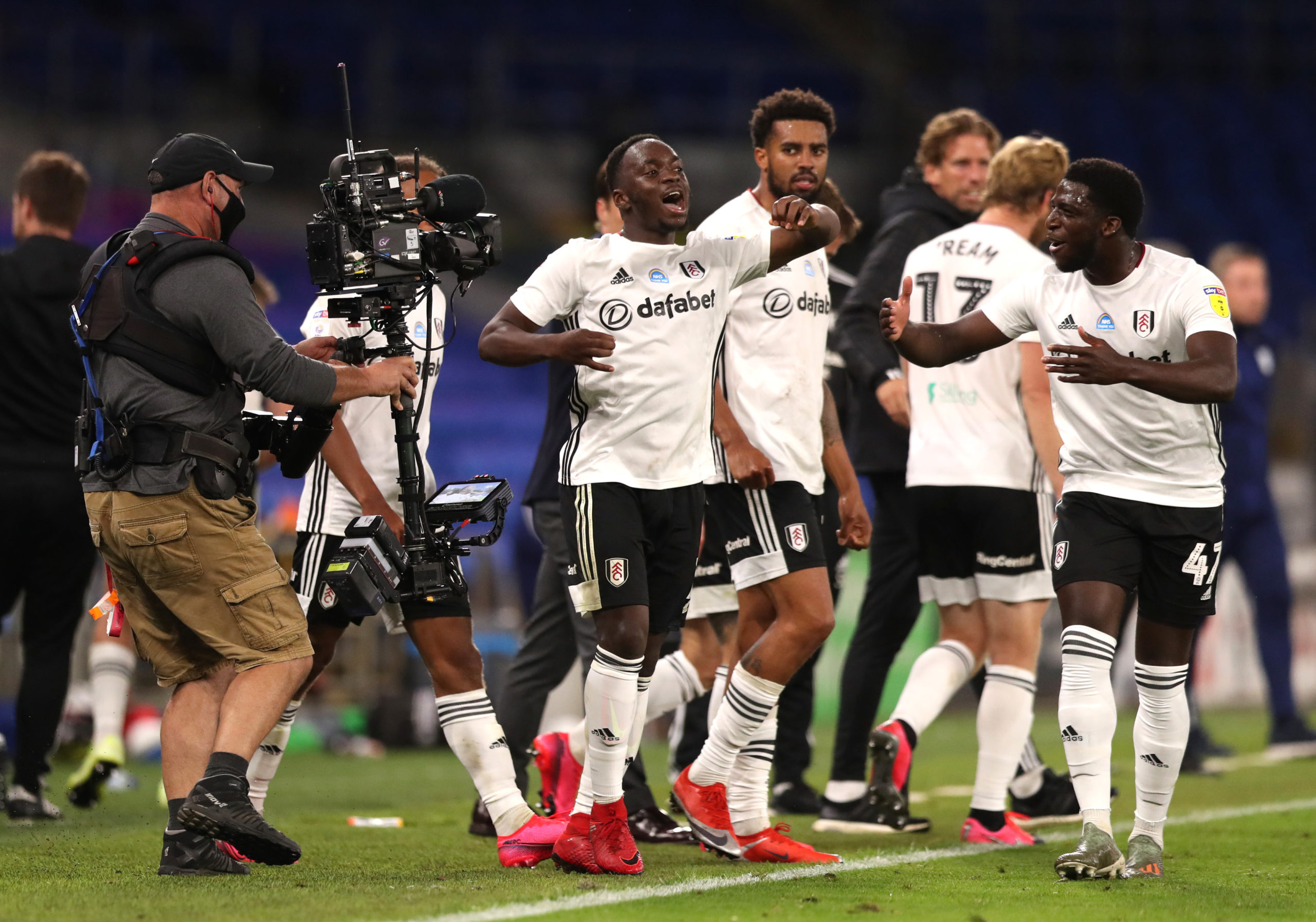 Fulham progressed to their second Championship play-off final in three seasons after they registered a 3-2 aggregate win over Cardiff City.

The Cottagers had a healthy 2-0 advantage after the first leg of the play-off semi-final at the Cardiff Stadium, but their lead was reduced within eight minutes after Curtis Nelson opened the scoring for the Bluebirds.

However, the capital outfit reclaimed their two-goal cushion within 60 seconds of the restart after Neeskens Kebano scored for the second-straight game against Cardiff with a superb free-kick.

The scores remained level until the break. Following the interval, the visitors made it 2-1 on the night through substitute Lee Tomlin from close range, shortly after Marek Rodak made a spectacular save to block Nathaniel Mendez-Laing’s header.

Thereafter, the game was pretty much end-to-end with both teams aiming to find the next goal. Substitute Aboubakar Kamara was the standout player for the hosts as he unleashed a couple of low shots, which were brilliantly saved by Alex Smithies to keep Cardiff in the game.

In the final 20 minutes, it was Rodak’s time to shine in the Cottagers’ goal. Will Vaulks’ attempted volley from just outside the box seemed on course to find the back of the net, but Rodak impressively tipped the effort over the bar.

Right at the end, Robert Glatzel had the opportunity to score the third goal for Cardiff which could have taken the game to extra-time, but he lashed his effort and failed to find the target.

Despite Cardiff City’s 2-1 win at Craven Cottage, Fulham booked their spot in the final of the Championship with a 3-2 aggregate score. The club will now contest Brentford in an all west London affair at Wembley for promotion to the Premier League.

The Bees squandered their opportunity to secure automatic promotion earlier this month with successive losses, and things looked bleak after the 1-0 defeat to Swansea City in the first leg of their Championship semi-final play-off.

However, they managed to end a three-match losing streak with a 3-1 win in their last-ever game at Griffin Park. The victory saw them progress to the final with a 3-2 aggregate score.

Fulham will be eyeing promotion to the Premier League after a one-season absence. On the other hand, Brentford are aiming to play top-flight football for the first time in 73 years.

Fulham return to the Premier League after Joe Bryan heroics