Championship Preview: How will Brentford, Norwich and Swansea fare this weekend 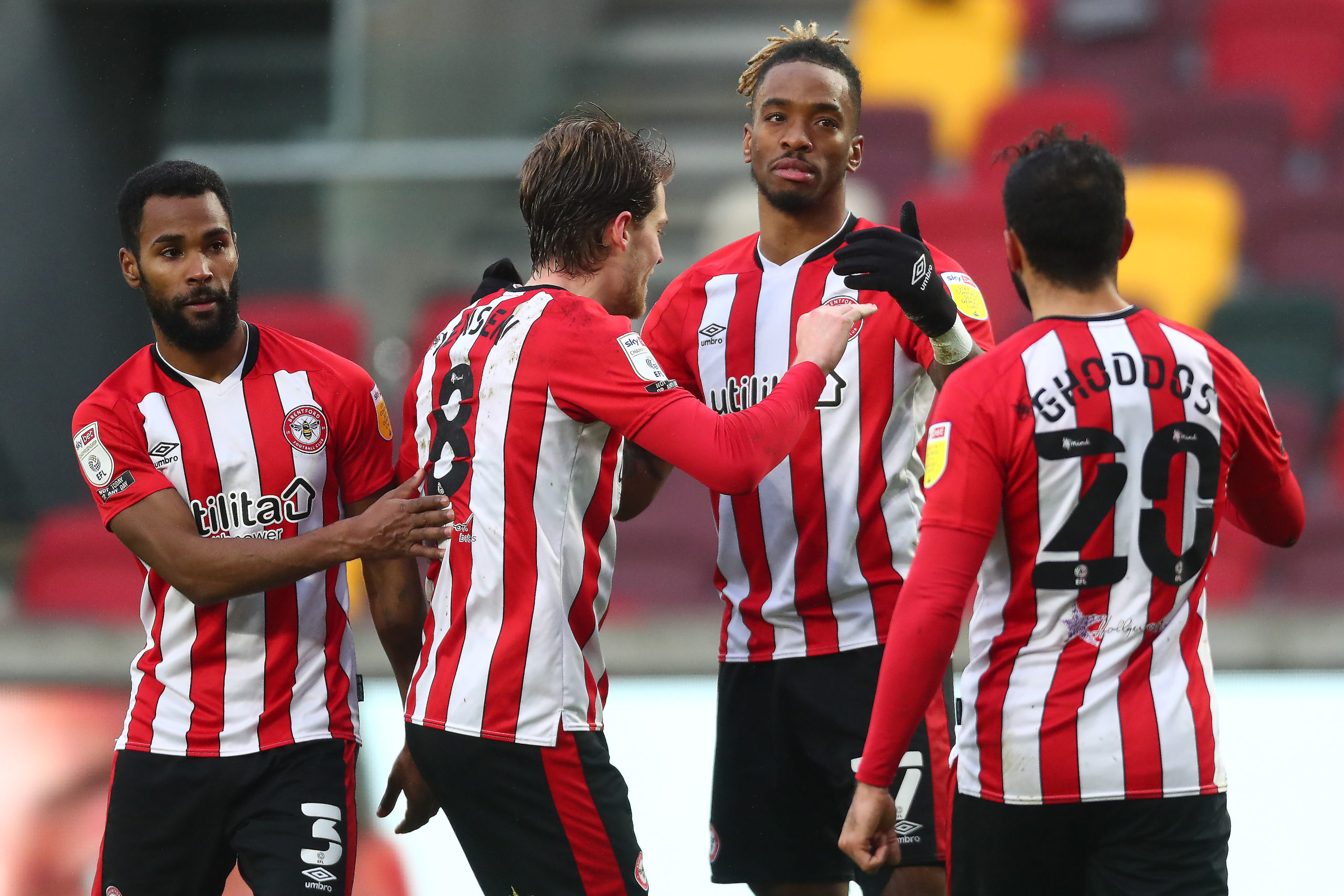 Brentford jumped to the top of the Championship table for the first time this season after they registered a 3-1 comeback win at Reading on Wednesday night.

The Bees have been in superb form and they are unbeaten in the league since October 24 – a run of 21 matches where they have picked up 13 victories and eight draws.

Thomas Frank’s side are currently two points ahead of Norwich City, who have lost momentum of late with two draws and one defeat. Swansea are two points behind the Canaries but they have a game in hand over them.

Here is our preview for the top three sides in the Championship.

The Canaries were three points ahead of the Bees on Matchday 25 and had a healthy seven-point advantage over the Swans. However, that gap has been significantly reduced over the past three games where they have picked up only two points.

They suffered a disappointing 2-0 defeat at Swansea last weekend and will need to make amends tomorrow or they could drop below the automatic promotion spots for the first time since early November.

The Canaries’ main concern has been the lack of goals and they have not found the back of the net in the previous four games across all competitions.

Meanwhile, Stoke are winless for the last 10 matches in all competitions including eight in the Championship. Still, Daniel Farke’s side face a tricky test as they have won just one of the last six meetings against the Potters.

The Swans saw their 10-match unbeaten run end in midweek where they suffered a 3-1 defeat to Manchester City in the FA Cup fifth round. The result should not bother them, given they were facing the in-form side in Europe at the moment.

They are scheduled to face Sheffield Wednesday on the road tomorrow and the game may not be straightforward for them despite the Owls lying above the relegation places on only goal difference.

The Owls have turned the corner since Neil Thompson was placed on interim charge after the dismissal of Tony Pulis. In the seven games under his guidance, the club have picked up 15 points, all in the form of wins.

As such, they are no longer pushovers and the Swans will need to play at their best to come on top. Steve Cooper’s side have picked up maximum points in the last three away league games, but have not won at Hillsborough since 2009.

The Bees squandered a number of chances to break into the top two last season and eventually missed out on promotion to the top-flight after seven decades through the play-off final (2-1 defeat to Fulham).

The club parted ways with their main striker in Ollie Watkins, but they have seamlessly found the solution through summer signing Ivan Toney, who is currently the run-away top-scorer in the Championship with 23 goals.

They had a tough test against Reading in midweek, but eventually prevailed after late goals from Josh Dasilva and Toney. Up next, they will face Barnsley, who were in midweek FA Cup action against Chelsea.

The Tykes were hugely impressive with the defensive organisation and high pressing against the Blues and lost by the solitary goal. They denied the Bees automatic promotion last term by beating them in a must-win game on the final matchday.

That was sufficient to see them avoid relegation after Wigan Athletic were deducted 12 points for entering administration. This season, the Bees won the reverse fixture at Oakwell 1-0 and they will be aiming to do the double over the Tykes for the first time since 2004.