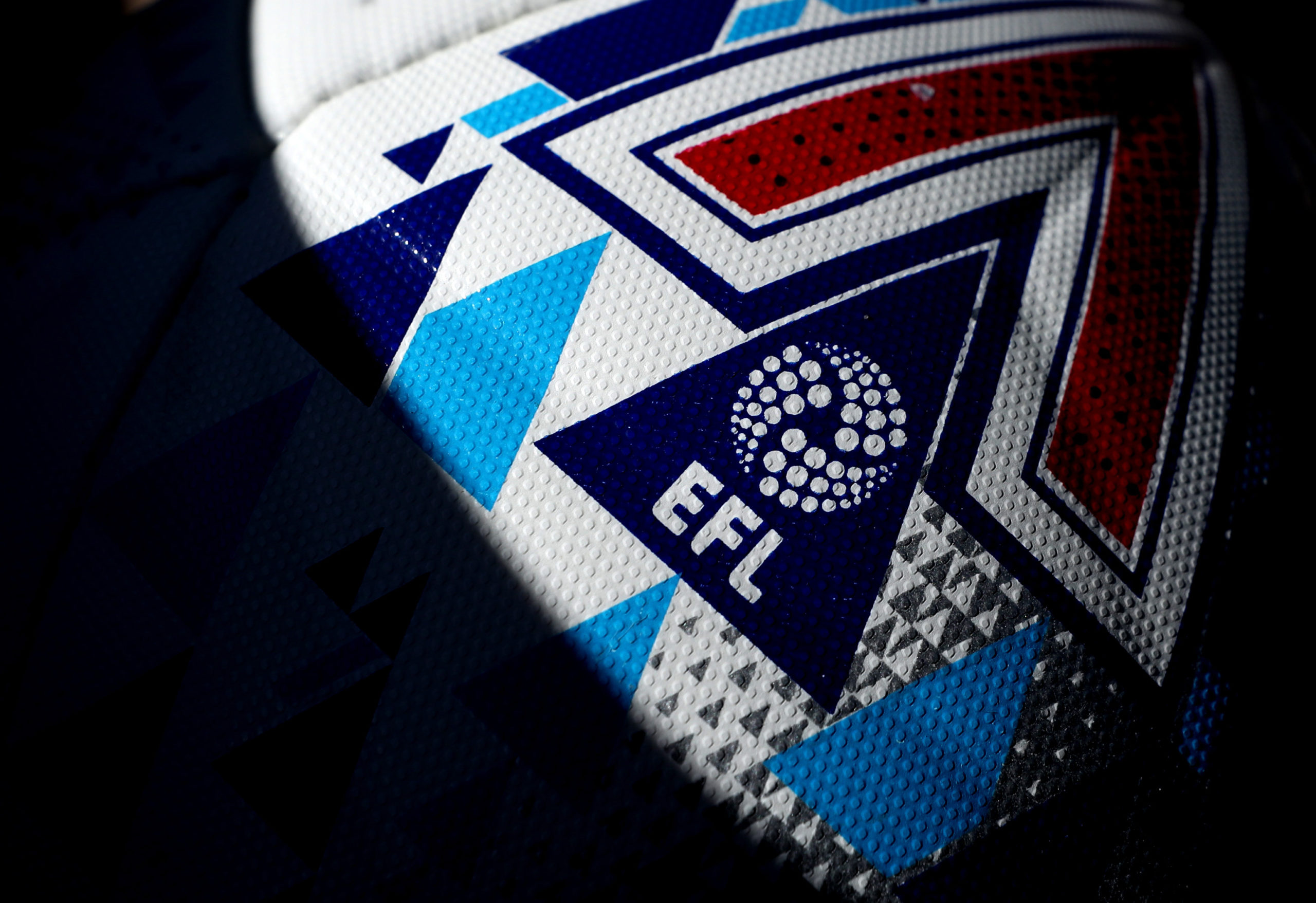 The Championship is always a hard league to predict what’s going to happen, teams can pick up three points from anywhere. I have predicted how I think the league is going to finish based on the teams at the time of writing the article.

1st Watford
Watford still have a quality squad with most of their players staying on from the Premier League. If Andre Gray stays expect him to score over 20 goals. Support from players such as Deulofeu and Sarder who are still Watford players will fire them to promotion. Watford also managed to pick up the loan signing of Glenn Murray from Brighton who will add much needed Championship experience. For me Watford will walk the league. KEY PLAYER: Glenn Murray

2nd Brentford
After missing out on promotion in extra time at Wembley you just feel Brentford will be fired up to go one better this season. It looks very likely that Brentford will be without their top attacking players in Ollie Watkins and Said Benrahma as they look to secure moves to the Premier League. Brentford always replace players very well and have moved quickly to sign Ivan Toney from Peterborough United. Expect them to keep the momentum they had and will go up automatically.
KEY PLAYER: Sergi Canos

3rd Norwich City
Relegation from the Premier League last season was harsh on Norwich as they had a young squad full of quality players such as Jamal Lewis and Ben Godfrey. So far Norwich have kept hold of Teemu Pukki and signed Jordan Hugill on a permanent deal, loan deals for Ben Gibson and Oliver Skipp look very good business. Playoffs look a good bet for the Canaries this season.
KEY PLAYER: Kieran Dowell

4th Nottingham Forest
A disappointing end to last season after missing out on the playoffs in the last minutes of the season I expect them to go on and reach the playoffs this season. Having added firepower reinforcements in Lyle Taylor and Luke Freeman Forest look better than they did last season. KEY PLAYER: Joe Lolley

5th Derby County (Playoff Winner)
This is the year for Derby to finally get back to the Premier League. Having finished strongly in the second half of last season after a poor start I expect them to continue that form into next season. A full season with the experience of Wayne Rooney and the youth of players such as Louis Sibley it feels like a perfect mix. Cocu is going to get the squad firing this season and I feel another striker is needed and if they get one on they will definitely be going up.
KEY PLAYER: Wayne Rooney

6th Swansea
Having had an amazing season last time in reaching the playoffs Steve Coopers side definitely went above all expectations. In only his first season as a club manager he got the team playing well. The mix of the youth and experienced players went well together. The signings of Jamal Lowe and Morgan Gibbs-White are fantastic signings as is the extension of Freddie Woodmans loan deal. Swansea still need to get in a couple of strikers to replace Rhian Brewster and if they can they are definitely on for 6th place again.
KEY PLAYER: Andre Ayew

7th Reading
New manger. New squad. If Reading can get all these new players in they are linked with they are definitely in contention for a top half finish. Over the years it’s fair to say they have been rather inconsistent in their approach but it’s time for that to change. A manager with experience on the international stage so expect some talented Serbian youngsters to appear on loan.
KEY PLAYER: Lucas Joao

8th Cardiff City
Another team who managed to reach the playoffs last season. A full season for Neil Harris to show his worth. The king of the set piece goals will be key for Cardiff this season and that will be helped with the signing of Welsh international Kieffer Moore who will score for fun in this Cardiff team.
KEY PLAYER: Lee Tomlin

9th Preston North End.
Last season they conceded a lot of late goals and failed to score them really did kill any hope of the playoffs when they looked very likely to get then. They have a top experienced manager and good players, if they could only find a regular source of goals, they’d be real promotion contenders. KEY PLAYER: Daniel Johnson

10th A.F.C. Bournemouth.
Selling key players such as Callum Wilson and Nathan Ake will not do their promotion bid any good. More players are likely to leave as well. This season feels like a transicion season for Bournemouth as under a new manager they will look to consolidate in the Championship. KEY PLAYER: David Brooks

11th Millwall Millwall have an excellent squad for this season and have experience and have youth players all over the field. Having a manager that suits the team bodes well and a successful season could be on the cards. KEY PLAYER: Troy Parrott

12th Stoke City Had a strong finish under Michael O’Neill when he took over and changed their season around. Talented players such as Nick Powell and Tyrese Campbell are going to be vital for Stoke this season. I expect them to have a solid season. KEY PLAYER: Tom Ince

14th Huddersfield Town New manager Carlos Corberan comes highly rated from Marcelo Bielsa’s Leeds. Last season they started matches slow and were not great at defending set pieces. If they get that right there will be no need for any relegation fears. KEY PLAYER: Karlan Grant

15th Middlesbrough Last season’s relegation battle is unlikely to be repeated. Their young English squad has an added year of experience. Under Warnock a manager with experience of this league but, there are many teams better than them. KEY PLAYER: Aynsley Pears

16th QPR Will be a challenging season, having lost Eze- arguably their stand out player from last season. He will be hard to replace. Warburton has a challenge on his hands to steady the ship at Loftus Road. A tough season awaits. KEY PLAYER: Ilias Chair

17th Luton Town A year later than planned, Luton start a Championship campaign under Nathan Jones. Some big signings in Tom Lockyer on a free and the former Accrington winger Jordan Clark look to add depth to the squad. A team that Nathan Jones knows well and should be able to build on a good finish last season. KEY PLAYER: James Collins

18th Bristol City Having lost some experience in Korey Smith and Matty Taylor on free transfers it looks likely that City will be short of experienced players in the Championship. After a 12th place finish last term this season looks like it will be more of a struggle. KEY PLAYER: Alfie Mawson

19th Birmingham City Birmingham have cause for cautious optimism, with their financial black hole partly filled by the Jude Bellingham millions. Improve the defense and expect a gradual recovery over the due course of the season. KEY PLAYER: Jonathan Leko

20th Barnsley This young, hungry squad has enough to avoid relegation even if Gerhard Struber does leave. Continue the form after lockdown and a good season should be in the offering. KEY PLAYER: Conor Chaplin

21st Coventry City The kings of winning by a single goal. Won promotion despite playing in a different city at St Andrews. Coventry have made some decent signings but need players such as Matt Godden to step up and adapt to the new league quickly. KEY PLAYER: Jordan Shipley

23rd Sheffield Wednesday Poor home form and starting on -12 points. Some of their most reliable performers opting to leave the club does not bode well. Expect them to struggle massively next season. KEY PLAYER: Izzy Brown

24th Wycombe Against all odds Wycombe are in the Championship. An attractive style of play with the club having very little possession last season in games. A squad full of League One and Two players with no real stand out players. I predict them to go straight back down to League One KEY PLAYER: Joe Jacobsen