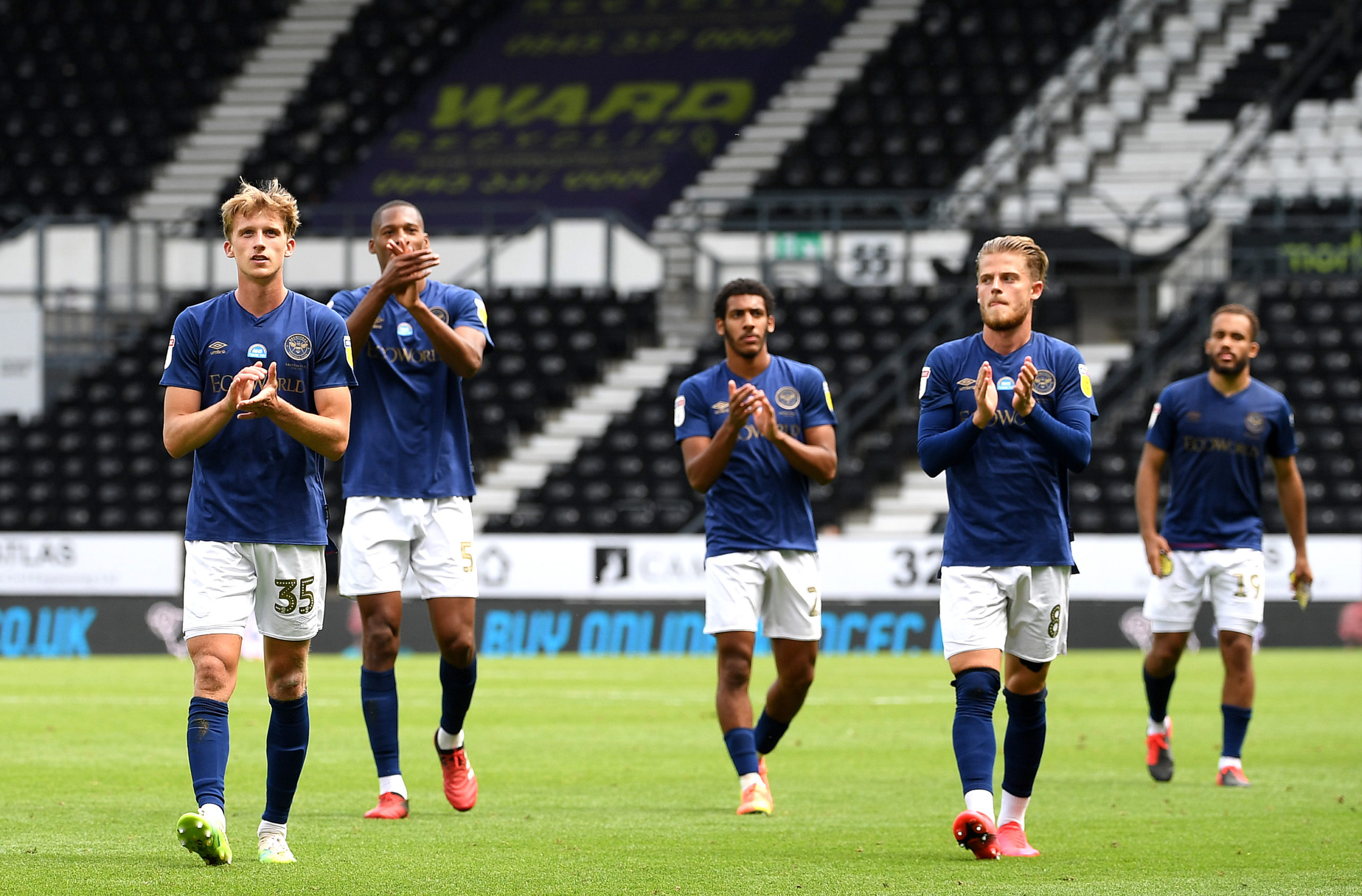 Brentford reduced the gap to second-placed West Bromwich Albion to just three points following their 3-1 win over Derby County on the road on Saturday.

The capital outfit have been in sensational form since the season resumption after the COVID-19 break and they have gone from play-off hopefuls to automatic promotion candidates in the space of three weeks.

Prior to the shutdown in March, the west London club were 10 points behind second-placed West Bromwich Albion, who were a further point adrift of league leaders Leeds United.

Since the season restart last month, they have registered the perfect tally of 18 points from their six league games and that has helped them close the gap on the automatic promotion places.

Earlier on Saturday, the Bees put the pressure on the Baggies with their victory at Pride Park and Slaven Bilic’s side were unable to respond with a win of their own as they were held to a 1-1 draw at Blackburn Rovers.

As a result, only three points separate them from the west Midlands outfit, who have a crucial game against fourth-placed Fulham in midweek, which could make or break their automatic promotion prospects.

Thomas Frank’s side have the edge over West Brom with a superior goal difference and judging by their superb run of form, they should be fancied to win their remaining three games of the season.

Meanwhile, table-toppers Leeds are similarly three points ahead of Brentford, but they have the opportunity to extend their advantage with the game in hand at Swansea City on Sunday.

It will be interesting to see whether the west Yorkshire outfit will deliver the three points which would take up a step closer to ending their 16-year hiatus from the Premier League.